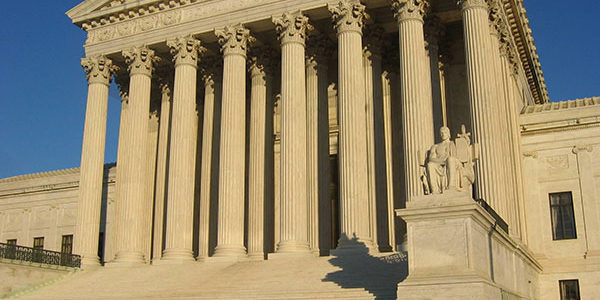 Specifically, Ms. Ferrell claimed in her lawsuit that Midland Funding filed the lawsuit against her in a state court as part of a strategy and policy of “scattershot litigation”, designed to sue consumer who owe no debt to Midland in order to coerce or deceive the consumer into paying a debt not owed, or to receive a judgment against the consumer to later garnish wages or attach bank accounts.

At the trial in a state court, Midland Funding offered no evidence or witness testimony to prove their case against Ms. Ferrell, and told the court to enter judgment in Ms. Ferrell’s favor. Midland attempted to get the Federal Court to dismiss the Federal lawsuit on technical grounds, stating that Ms. Ferrell’s Complaint was not worded correctly for the Federal Judge to rule on her FDCPA claims.

On May 22, 2015, the Judge denied Midland Funding’s motion, and ruled that Ms. Ferrell’s Complaint sufficiently stated her claim that Midland Funding had knowledge, before it filed its state court credit card collection case against her, that it did not own the debt, and could not produce witnesses or documents to prove its case.

In that case, two consumers represented by a consumer attorney, argued to the Federal Court that Midland Funding, LLC filed collection lawsuits against them as consumers for the sole purpose of obtaining default judgments or inducing settlement with no intention of further prosecuting its claims.

The consumers, Ms. Hinten and Ms. Moore, argued to the Federal Court that Midland Funding’s conduct constituted a false or misleading representation made in the attempt to collect a consumer debt, and therefore violation the Federal Fair Debt Collection Practices Act, for it never intended to take the lawsuit to trial if the consumer disputed it, misrepresented its intent to continue to prosecute it. They also argued to the Federal Court that Midland Funding, LLC filed the collection lawsuit against them without sufficient evidence, knowledge of the facts, or intent to investigate the facts if required to.

Midland Funding, LLC filed a Motion with the Court to have the consumers’ FDCPA lawsuit dismissed on procedural grounds. On October 22, 2013, the Judge denied Midland Funding’s Motion to Dismiss.

These cases are very significant in that they create a viable claim that can be effectively presented by a consumer attorney, that Midland Funding, LLC has a “strategy and policy of “scattershot litigation”, designed to sue consumers who owe no debt to Midland in order to coerce or deceive the consumer into paying a debt not owed”.